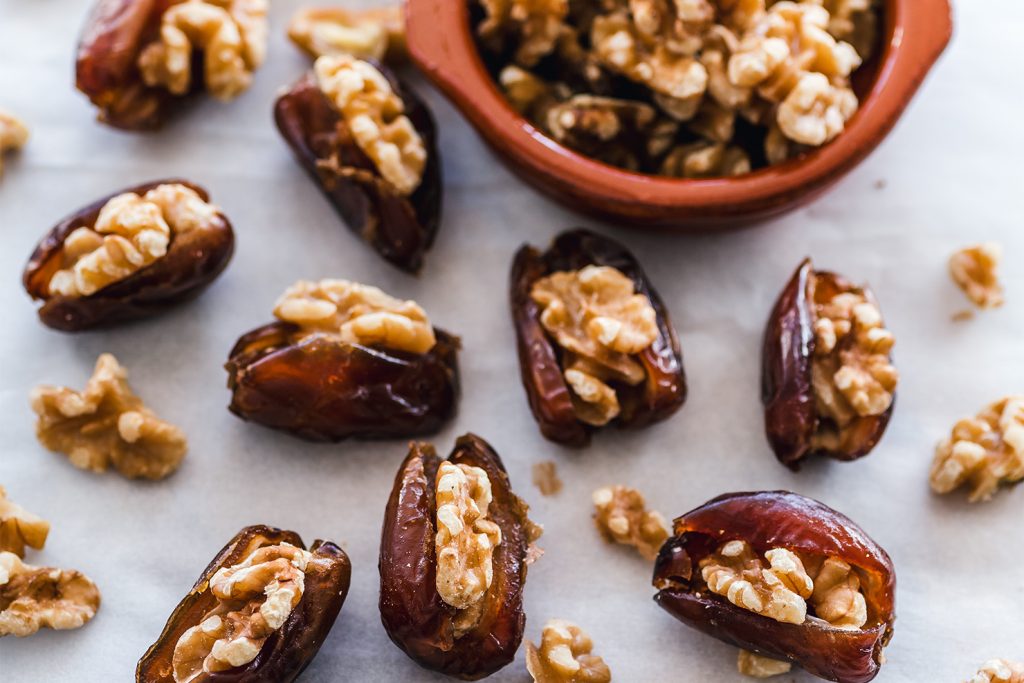 Your brain plays a role in just about every vital function in your body. It’s essentially your body’s control system. For example, it’s responsible for processing sensory information and regulating your breathing, blood pressure and hormones. In addition to regularly engaging your brain in mental exercises and exercising consistently, one of the best things you can do to support your brain’s function is to nourish it with health-promoting foods.

Here’s a list of 6 of my go-to “brain foods” to nourish your mind and optimize your cognitive function!

Did you know that 73% of your brain is made up of water? As you can imagine, this means that your brain relies heavily on your hydration level to function optimally. This study found that even mild dehydration can have negative impact on cognitive functions like attention, memory, and other executive functions. Drinking sufficient amounts of water is absolutely crucial if you want to be on top of your brain game!

Salmon and other fatty fish are rich in omega-3 fatty acids, a polyunsaturated fatty acid that can help build new brain and nerve cells, fight off chronic fatigue and lower the risk of developing diseases like dementia. In this study, they found that moderate seafood consumption was correlated with a decreased risk for developing Alzheimer disease.

Check out my recent blog post comparing and contrasting the nutritional differences between wild-caught and farm-raised salmon.

We all know that broccoli is good for us, but do you know why it’s good for brain health? It’s packed with vitamin K. One cup (91g) of raw, chopped broccoli has 92.5mcg of vitamin K, which is just over 100% of the adequate intake for women over the age of 19. This study found that increased intake of vitamin K may be associated with improved memory.

Walnuts are one of my favorite go-to brain foods because they are full of brain supporting nutrients and bioactive phytochemicals like polyunsaturated fatty acids, vitamin E, folate, melatonin, flavonoids, and a variety of minerals.

This study found that eating more nuts, especially walnuts, has been shown to improve cognition among older adults and may also play a role in preventing Alzheimer disease. It also found that the polyphenols and tocopherols in walnuts can reduce oxidative stress and inflammation, two things that are known to lead to neurodegeneration and cognitive decline.

Fresh dates are made of soft and easily digestible flesh and simple sugars that replenish energy and revitalize the body almost immediately after consumption. This study found that the antioxidants found in dates may protect against inflammation and oxidative stress in the brain. It also found that regular consumption of dates is associated with lower risk of neurodegenerative disorders and better cognitive performance in older adults.

Research suggests that insufficient choline intake is likely detrimental to health, particularly impacting liver and muscle function in healthy adults and cognitive function in the developing fetus and infant.
This study found that maternal consumption of approximately twice the recommended amount of choline during the third trimester improves infant information processing speed. It also found that even modest increases in maternal choline intake during pregnancy may produce cognitive benefits for the child.